There are quite a few bands we've worked with in the past, that either have split up, moved on to another label, or we just ran out of copies of their releases without further plans for a new release (for now). however, we love them. here's a bit of info on our 'alumni'. 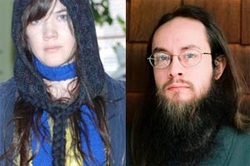 Winter's Day is the much anticipated collaboration of Dawn Smithson (ao Jessamine, sunno)) ) & Aaron Martin. Dawn's haunting melodies, clear vocals and disorted minimal guitar lines blend in perfectly with Aaron's vague and wide string arrangements. Winter's Day is a perfect symbiosis of the works of two rather different, yet very related artists. The untitled 7" on morc has been their only release. 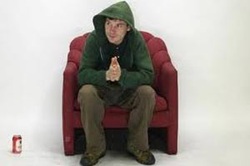 fact: the release 'my only warm coals' by holy sons is one of the most sought after releases on morc. the lathe cut came out in an edition of 80 copies somewhere in 2005. we had copies for sale until Emil joined Om early 2007. and then there was a big demand, but Om-fans were to late. fortunately, Important records re-released an expanded version of this lofi gem. raw, psychedelic and very stripped down all at the same time. no wonder everyone who heard this album loves it. 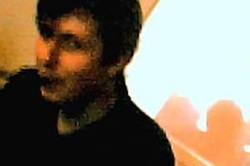 defunct, but not really: john merrick band. this was the alter ego of stief marreyt, after he quit Elo vs. Saturn (who were on a morc compilation back in 2000), and before he became edgar wappenhalter and member/founder of mollenhauer, per &oystein and a few other funeral folk bands i'm forgetting about. last thing we heard from him is that he's banging the drums in the notorious ramshackles retro-fi garage threepiece with four members: Joe Speedboat. 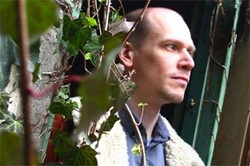 Brian John Mitchell is a man who seems to be working at least 30 hours a day. if it's not running Silber records, writing for the new QRD magazine,  or drawing comics, he's probably making music as Remora. his unique mix of guitardrones mixed with baritone vocals made us fans from the first time we heard it. and he comes up with songs like 'i told jesus christ how much i loved her'. what's there not to like? 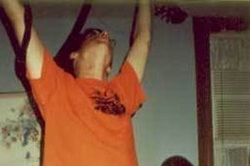 Jacob Anderson used the name celesteville in the late 90's - early 2000's, around the time he gave up yak brigade, yak ampersand... you might also know him as a member of gang wizard, and under his currint monniker 'spirit duplicator. The man still has a great feel for abrassive popmusic. trivia: he's one of very few people to have release on morc with three different bands: Celesteville, Gang Wizard and Minmae. 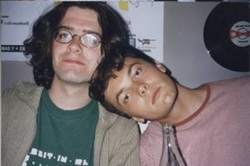 classic lofi duo - one guy drumming and singing, one doing guitars and singing, all with a gigantic slacker attitude. the band pretty much came to an end after because of geographical challenges. at some point they were a belgian duo living in spain and the netherlands. most of the material remained unfinished because of that, you know how things go. technically, they're not split up, but whenever they get to meet up, they prefer drinking beers. not a bad career move. 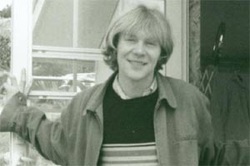 Eric Gaffney is truely one of the godfathers of lofi. one of the founding members of sebadoh, but left the band five minutes before they got huge. he's responsible for the 'weird' tracks on those early albums. His work as fields of gaffney still refers to that era, but is a bit more laid-back. around 2010, Gaffney moved away from San Francisco, and that was the end of Fields of Gaffney. He now uses the bandname Jesus Christ, which is pretty much impossible to Google. 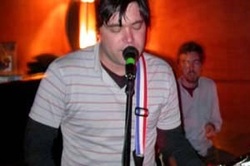 high prolific space/garage/indierock band from san diego, later moving up to the seattle area. the recordings on morc date from those days, when jake anderson (of gang wizard/celesteville) was part of the band. there were a few line-up changes, and the name Minmae was abandoned when mastermind Sean Brooks moved to Berlin, where he's still very active under his own name 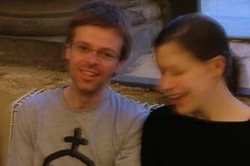 once described as 'Rachels with just two people', you might get what this was about. originally the solo guitarproject ('Zent') of Olivier Driessens an ex-member of Geiger Counter, things started to speed up a bit when Annelies Monseré joined on piano and cello, later on vocals. and after Olivier left, well, she dropped the zent one name. word goes that Olivier is considering to reactivate the project, but don't hold your breath. 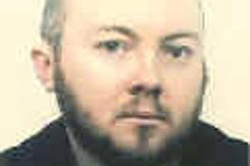 Mark Ritchie is a man of many pseudonyms. in the late 90s, he released many tapes under these two names, but also as shy rights movement, and under his own name. every project had a subtle variaty: frank peck being very sparse, where richie cunningham was more of a full band. always found that these albums had a brutal feeling to them. 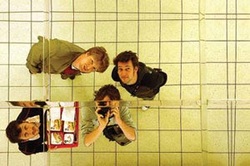 sort of a belgian supergroup, with members of kohn, wio, super reverb, weirdnolandbouwers, autopilot, driver, hans olo, inwolves, teledroom, ed nolbed, jurgen deblonde, tape tum, cinéma invisible, frambooze and probably a few more by the time you stopped reading this. untill this very day, which is over ten years after they did a release on morc, they're the only band around making a non-ironic mix of 80's pop and 90's postrock. 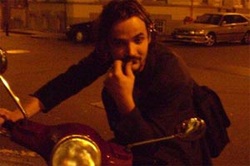 songwriter extra-ordinaire from Ingelmunster, belgium. a truely bizarre mix of traditional songs and songs that seem to be falling apart after every single note played. the man had a unique gift for creating amazing songtitles like: 'i don't like to sing' or 'looking at healthy people'. alas, filip gheysen quit writing 'songs', though he later but out some great stuff too (check out his 'tabletop guitar' cd/dvd/book on silken tofu!) 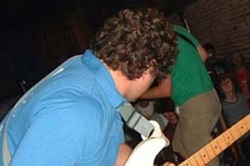 someone once refered to them as 'the world's best Dead C-tribute'. makes sense in a way for the early days, but then again: not really. the oldest work could even appeal to fans of Trumans Water, whereas the later work is a lot more incoherent. an excellent mix of improv and scuzzrock though.
the band is still going, after about 20 years, and some of the newest members are the sons of founder Mike Landucci. 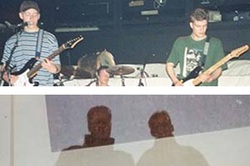 if memory serves me well, the bands were already pretty much defunct by the time we put out a split tape of these bands. peep was a threepiece with only two real members. and psychon mist was a psychon troopers spin-off, really a duo, that consisted of three people and had Larz as the only permanent member. anyway: current whereabouts? larz still puts out great records, now as hunter complex 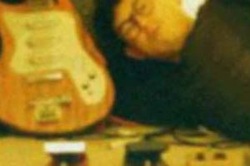 Haling from japan, Las Moscas only did one release: a split tape with Bingo Trappers. soft lofi melodies with a very laidback feeling, and we could listen to it all day. but Hideki's main focus was caletta craft typewriter, who put out an album in the early 2000's, that was a bit more eclectic and electronic. 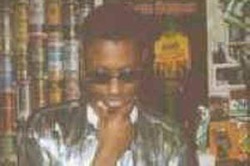 the first few [astro boy]-tapes were quite a unique noisy mix of electronics and shoegaze, made, using a variety of keyboards, guitars, drum machines, tapes ( and other random articles (including a speak and spell, a recorder and an old commodore-64 running ancient music packages!). Add a variety of effects pedals to this mix and you have a hybrid of strangely mutated music, other-worldly soundscapes and ethereal, haunting melodies .
in case you wondered: the artists above appear in reverse chronological order: the ones on top are the ones we've worked with most recently.

And as for compilations...

yes, we did a few compilations in our early days as well. bands that are not mentioned on the artists- or alumni-page are:

sure you know how to google them...