Since her debut in 1998, Toledo-based Jessica Bailiff is mixing drones and slow folksongs. Though her output has never been high, she gathered a very loyal fanbase. Her output is so scarce that even the loyal fans were taken by surprise by her most recent album At the down-turned jagged rim of the sky (kranky 2012)

The past few years, she’s often been collaborating with annelies monseré, with whom she released one untitled ep on morc. Jessica also released a compilation of early singles and outtakes on morc in 2007, and more recently a split 7" with boduf songs, with whom jessica toured multiple times. 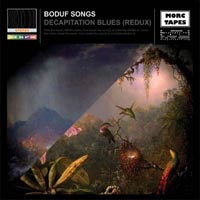 before embarking on a joint european tour, jessica bailiff and boduf songs both reworked an older track in a whole different way. boduf songs strips down decapitation blues, and jessica rearranged lakeside blues for organ. 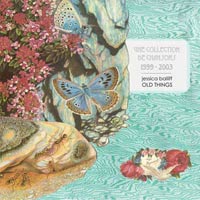 This record is a collection of rare and unreleased material, mostly recorded between the release of her second and third album. As such, it can be seen as the missing link between the rather droney second record, and the starker Jessica Bailiff record.