Currently based in the small Dutch village Kekerdom,  Mariska Baars has been relying on just her vocals and subtle guitar touches for over fifteen years.

Growing up in the countryside soccer Committee spent hours and hours listening to the enchanting sounds of the river running by her house. At an early age she was already making up songs to sing herself to sleep at night, but she only really got started after discovering the guitar to accompany her voice.

Baars is a master in letting sounds resonate and explore their own path. Although her music is definately rooted in the folktraditiion, she is more interested in conducting the songs in a certain direction than pushing them in a specific shape. To reach her goal, Baars works very restrained: she never uses a single note when it’s not fully required. She does it so effortless that no one else really comes close to her approach.

Before 'Tell from the grass', her last solo release dates back to 2007, but she released quite a few collaborations though: most notably with Rutger Zuydervelt ‘aka Machinefabriek), but also with the likes of the Kleefstra brothers (as Piiptsjilling), Greg Haines, Sylvain Chaveau, Joachim Badenhorst and members of the morc family like Wouter van Veldhoven and Annelies Monseré. Apart from that she has been active as a painter too. 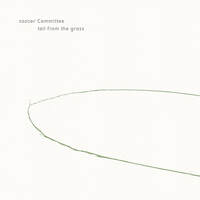 More than a decade after her last solo release, Mariska Baars graces us with a new mini-lp. Her sound is as minimal and spartan as her amount of output. The songs are still slow, stripped-down and quiet, made with an overwhelming love for tone and sound, focussed entirely on guitar and vocals. They’re definitely rooted in the folktradition, but at the same time very ‘ambient’, in the true sense of the word.
​
-> sold out
-> click on cover for details 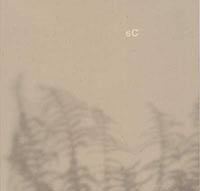 
Soccer Committee manages to build entire worlds with not much more than a few well chosen guitar notes and her soft voice. Delicate, beautiful and truly breathtaking.