​Pefkin is the alter ego of Gayle Brogan, Ayrshire-based creator of slowly-unfolding, ritualistic hymnals that draw heavily on the landscape and natural world.

Gayle has been a key figure in the experimental music scene since the mid nineties. She first gained recognition as one half of the remarkable duo Electroscope, mixing psychedelic pop, lofi, drones and folk. And as the woman behind Boa Melody Bar, she became a well known distributor of underground music as well, and so got exposed to more great music than most of us will ever be.

When Electroscope went on hiatus in 2000, Gayle picked up the name Pefkin, and continued on the same path, though the music shifted a bit more towards freeform folk and longer dronepieces. This resulted in a string of well-received releases on prestigious labels like Pseudoarcana, Foxglove, Ruralfaune, and in 2014 in a first LP on morc (now sold out). 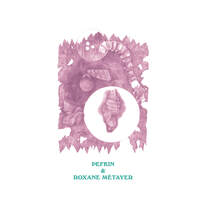 Mutual admirers of each other’s work, these titans of Scottish and French dronefolk team up for a split lp – 2 tracks by Pefkin, 3 by Roxane. The fact that these like-minded artists explore the boundaries of what connects them, makes it a very exciting release. The Pefkin side is Gayle at her most melodic, whereas Roxane goes down a poetic and rhythmical path. Dream combo. 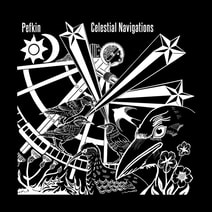 Gayle’s third lp on morc truely brings together everything we like so much about her work:a mesmerising and enigmatic layering of vocals, violin, analogue synth, zither, psaltery, harp, guitar, found objects and field recordings, all blending together into slowly-unfolding, ritualistic hymnals that draw heavily on the landscape and natural world 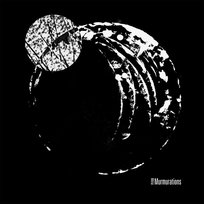 Murmurations sounds like a culmination of Pefkin’s sound, ánd pretty much everything morc stands for: you’ll recognize the bare-boned folk-influences used by eg Annelies Monseré or The Iditarod, the gritty experiments of ao Drekka and Circle bros, the drones of Karina ESP, the touch of poetry used by Edgar Wappenhalter or the sonic palette of Lichens and Jessica Bailiff: Pefkin covers ánd masters it all. 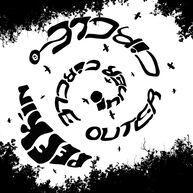 Surprisingly, this is Pefkin’s first vinyl release. The tracks on the lp, between 7 and 13 minutes long, make sense on their own, but definitely form a strong whole from the beginning until the very end. The album explores the whole spectrum of Pefkins sound: freeform folk, drones, parts with heavily processed vocals as the center and various smaller instruments in keyroles.