Few people have such a long history with morc like Steve Marreyt – he appeared on a morc compilation with one of his first bands in 2000, then made his solo debut here with a couple of John Merrick Band releases. And then JMB morphed into Edgar Wappenhalter, of whom we put out his first lp. And he did some vocals and bass-guitarparts on a couple of Annelies Monseré releases too. Now that I think of it: he was part of the first line-up of Luster as well. (and I didn’t even mention his other work he did in between, with silvester anfang or as kraak-labelboss)

Anyway: when Edgar Wappenhalter released his debut LP 'On the beach', reactions were quite overwhelming. The first pressing of the album was gone in a week, and the second pressing didn't last too long either. Steve Marreyt's mix of reverb-drenched folksongs and dreamy shoegaze obviously hit a soft spot. with s/t, he pushes the same spot in a different way, but no doubt he finds it this time as well. 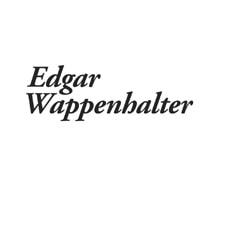 Long-awaited return of Steve Marreyt, the grandmaster of psychedelic dronefolk-soundcollages. here he resurfaces with three long and impulsive tracks - mainly based on vocals and samples, but using the same direct and messy approach that made his earlier releases so unique. edition of 150 copies in screenprinted sleeve, with full colour A6 insert and download coupon.