Karina ESP has been releasing select cd-r’s, cassettes, 10”s and other modern record formats since 1998 already, which gathered founder Chris Gowers quite a cult status within the ambient scene. however, it took untill 2012 before his first 'regular' album was ready for release.

He creates warm and dark drones, mostly guitarbased but his vague melodies and select use of other instruments creates a unique environmental atmosphere.

Gowers also runs Trome Records, and creates minimal acoustic drone music under the name Lowered.  Over the past couple of years he has released albums with the bands Rome Pays Off, Signals and CASK, and collaborated with the likes of Circle Bros and Caught In The Wake Forever. 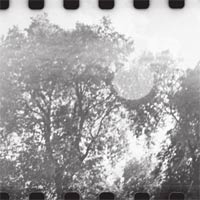 A still from the film is a sort of sister release of 2012’s ‘detachment’. But this album is at the same time
more abstract, and more accessible. The a-side is one sidelong melody rising out of a mix of hiss, crackles and guitarsounds. The b-side of the record is more straightforward, with a prominent role for Gowers’ vocals, which makes the album stand out far from his contemporaries. 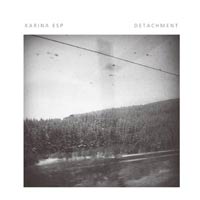 a work that has been in the making for a very long time. and then, after a preparation of a few years, recorded in a matter of days. And that’s what Detachment sounds like: thinking and doubting about something for a long time, and then letting it all out at the same time, telling what needs to be told, not holding back any details, but telling it clear enough so the point stays clear.